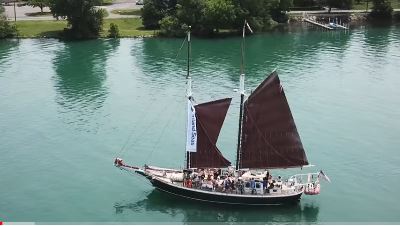 Host Tom Daldin explored the area, including joining the Inland Seas Education Association and DRIWR on an excursion aboard the schooner Inland Seas. There's also a kayak adventure on the River Rouge and visits with restaurants run by local entrepreneurs.
Watch the episode by clicking the video above, or view the 30-minute episode on YouTube here.

Upcoming Events
Saturday, May 9, 2020
Grand Opening of the Detroit River International Wildlife Refuge Gateway and visitor center
Visit the Grand Opening page for the latest!
Saturday, June 13, 2020
15th Annual Benefit Dinner
The Bentley Banquet and Conference Center
Wyandotte, MI
Visit this page for more details.
Come volunteer at the Refuge!
The Detroit River International Wildlife Refuge represents a new model for conservation by restoring vital habitats in an urban area through innovative public-private partnerships. If this sounds like a fun and challenging opportunity, then consider becoming a volunteer at the Refuge. Click here to learn more. 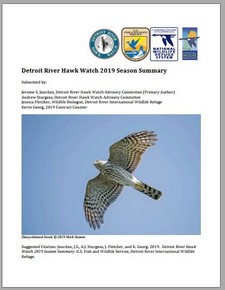 Read about the Detroit River Hawk Watch 2019 Count
The 2019 count was the 37th consecutive season of monitoring diurnal raptor and turkey vulture migration at the mouth of the Detroit River, and the 22nd year of consistent coverage at Lake Erie Metropark. There were 562 hours of data collection with counts conducted on 89 days between 01 September and 30 November. 128,131 total turkey vultures and raptors of 15 species were counted, which includes one unknown raptor.
Read the Annual Report from Detroit River Hawk Watch here.

Bringing Outdoor Recreation to Community Youth Near You! 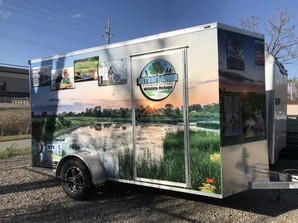 Many people are spending less time in nature with the increasing use of computers, smart phones, television and other technology. It has become increasingly normal to spend less time outdoors. There is concern the younger generations are becoming overly reliant on electronic media and are missing out on the simple enjoyment of being in nature.
The Detroit River International Wildlife Refuge (DRIWR) is one of a few urban refuges in the National Wildlife Refuge System with nearly seven million people living within a 45-minute drive. It stretches from southwest Detroit to the Ohio border. The Refuge has the unique dual mission of conserving fish and wildlife populations, their habitats, and of helping to bring conservation to cities in an effort to help develop the next generation of conservation stewards.
With the help of partners, we are now able to offer bringing outdoor recreational opportunities into local communities via an eye-catching trailer with engaging photos of local wildlife and youth experiencing outdoor recreational adventures, particularly fishing and archery. See more photos of the trailer on this Gallery page. It is with the support of the DTE Energy Foundation, the Community Foundation of Monroe County, the Colina Family Foundation, Monroe County Community College and IWRA, the Refuge will be bringing outdoor recreation to you!  A 6’ x 12’ aluminum cargo trailer filled with equipment will allow families an experience of what may be their first adventure with fishing and archery.
Programming is now being discussed with the River Raisin National Battlefield Park and with local communities where the trailer could be brought. The impact of seeing the trailer arrive with its vivid graphic element is sure to intrigue folks of all ages to step forward and give it a try!
We hope to pique your interest and encourage you to experience outdoor recreation in your own backyard with a shared mission to sustain wildlife and fisheries conservation into the future.

The 2018 Annual Report is now available to be viewed and downloaded online.
Click here to go to the report.
2018 John D. Dingell Friend of the Refuge Awards
On April 17, 2018, at Gibraltar City Hall, two John D. Dingell Friend of the Refuge Awards were given in recognition of leadership and dedication to conservation on the Detroit River and western Lake Erie Basin.  This year’s honorees were Richard E. Mills (Individual Award) and The Nature Conservancy (Non-Profit Award).
Read more about the awards and the recipients here (PDF). 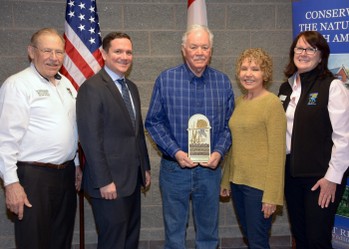 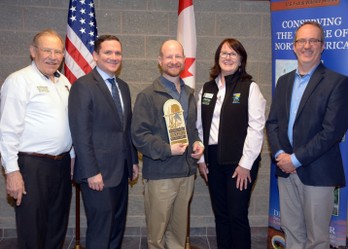 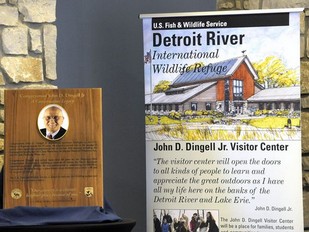 Detroit News photo by Todd McInturf
At a ceremony January 14, 2017, officials with the US Fish & Wildlife Service's Detroit River International Wildlife Refuge announced that the new visitor center, currently under construction, will be named for former US Representative John D. Dingell, Jr. Dingell, who served nearly sixty years in Congress, championed the refuge as well as a host of environmental initiatives and conservation legislation.
Download the US Fish & Wildlife Service's press release (PDF).
Read coverage from the News-Herald, the Detroit News, CBS-Detroit, and view FOX 2 Detroit's coverage.
New Regional Treaty a Boost for Migratory Birds

More than fifty people, including students from the Ralph J. Bunche Preparatory Academy, assembled on the Detroit Riverwalk to witness Metropolitan Detroit become the 29th U.S. city in the Urban Bird Treaty program. The program was established in 1999 as a collaborative effort among federal, state and local governments, non-governmental organizations, and academic institutions to create bird-friendly environments and to provide citizens the opportunities to connect with nature through birding and conservation activities.
Read more about the signing in this article from the Trenton (MI) Tribune.

We have received all the funding that was needed for the Project S.N.A.P. Mosaic Mural. Thank you to all who contributed; we greatly appreciate the support!
The mural will be revealed with the grand opening of the Refuge Visitor Center.
Blue Goose Bus Fund - Help students visit the Refuge! 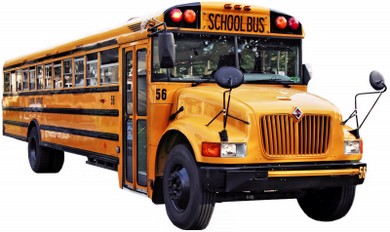 The IWRA's Blue Goose Bus Fund will help schools and educators experience the Detroit River IWR by helping to offset the costs of bus transportation to and from the Refuge.
For more information, contact Executive Director Joann Van Aken at iwr_alliance@yahoo.com or 734-692-7671.
Construction on the Fishing Pier Continues:
completion expected soon 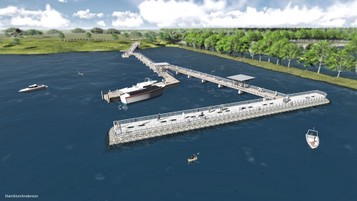 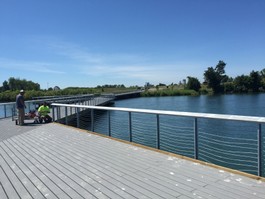 For more photos of the design and the construction, visit the Photo Gallery page.

The 2020 Calendar of Events for the International Wildlife Refuge is now online. Check the dates for an event.